President Cyril Ramaphosa delivered the State of the Nation Address on 11 February 2021, where he announced the imminent release of the highly anticipated updated Critical Skills list for public comment by the Department of Home Affairs (DHA). The list forms part of a drive to attract skills deemed as critical in order to support Government’s efforts to regenerate the economy.

The list was subsequently released on Thursday, 18 February 2021 and is available for public comment up until 31 March 2021. In light of the importance of this process, Xpatweb is extending its Critical Skills Survey until 1 March 2021 to afford industry stakeholders an opportunity to participate in the upcoming immigration change in South Africa.

Our 2020/2021 Critical Skills Survey provides an opportunity for your voice to be heard as the results will be submitted directly to DHA as part of the public comment process. The preliminary findings were already presented to DHA and the Department of Higher Education and Training late last year, and which were used to contribute to the preliminary Critical Skills draft list.

By taking part in our Critical Skills Survey, your organisation will join alongside more than 200 large corporates and multinationals who have already participated to help ensure that the new list accurately reflects the needs of employers in South Africa. 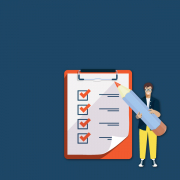 In his State of the Nation Address, President Ramaphosa announced the imminent release of the highly anticipated updated Critical Skills list for public comment by the Department of Home Affairs (DHA).

Moeketsi Seboko, Immigration Manager at Xpatweb, provided insight and his views on the draft Critical Skills list which is to be published for public comment later this week in a POWER FM interview which took place last night.

eNCA interview with Marisa Jacobs, Director at Xpatweb, providing insights and her views on the draft Critical Skills list which is to be published for public comment later this week.