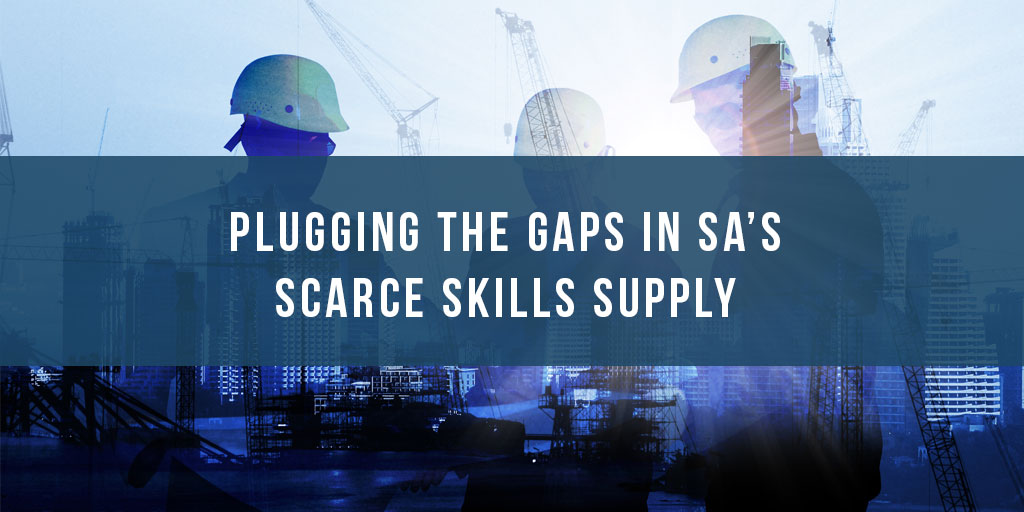 South Africa’s skills shortages in critical sectors remain an obstacle to growth. Renewed efforts to find solutions and to place skills development at the centre of the country’s development agenda are welcomed.

However, there are critical gaps which require immediate attention.

Marisa Jacobs, head of immigration and mobility at Xpatweb, says South Africa should follow the international example: “Import the skills until you have the skills”.

Jacobs says this is largely a “perceived problem”. Although the process may be onerous in terms of the documentary burden and the time to process applications for work visas, it is not preventing firms from importing critical skills.

The survey found that employers and multinational companies found it most difficult to recruit engineers (22%). However, information, communication and technology (15%), financial specialists (10%) and specialised technical skills (9%) also prove to be tough areas to find people with the right skill sets.

The Department of Home Affairs published a list of at least 12 sectors where the country is in need of critical skills. This include agriculture, architecture, economics, information communication and technology, engineering and health professionals. This list has remained unchanged since 2014.

Government’s 2017 White Paper on International Migration sites the lack of strategy in the current international migration policy as contributing to the skills shortage. The result is South Africa’s inability to respond to the shortage issue.

The paper further states that the policy is not linked to the skills development and investment priorities of the country and prevents the country from effectively competing for requisite skills in a proactive and flexible manner.

Jacobs notes that in times of economic growth there may be specific skills that are immediately needed. There must be flexibility in the immigration system to allow for a quicker turn-around time in acquiring these skills internationally.

“Once the projects are off the ground the transferring of skills become critical for sustained growth in the country,” says Jacobs. However, the importance of importing skills until the country have the skills cannot be emphasised enough.

The white paper also states that the migration policy “lacks cooperative strategies for attracting and retaining international migrants with skills and capital, and a historic blindness to the retention of international students studying towards occupations that are needed by the economy”.

Jacobs further notes that companies in need of ICT specialists have found the skills they need in India, whilst companies in mining have been successful in attracting talent from Australia.

This is a concern since the aim of the policy is to promote economic growth through the granting of business, critical skills, and study visas, government states in its white paper, Jacobs says.

She adds that the importation and retention of critical skills does not take away job opportunities from South Africans, since these skills are not available in the country.

For more information, please send us an email below: 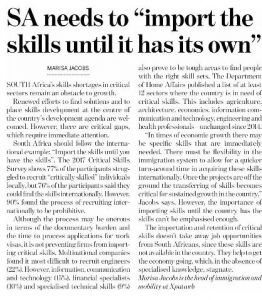 The future of scarce skills in SA

South African Expats – Is Your South African passport at risk?
Scroll to top
Visit the Government Portal for the latest updates on COVID-19.
+