On 11 August 2022, the Minister of Home Affairs Aaron Motsoaledi announced a massive change for passports in South Africa. 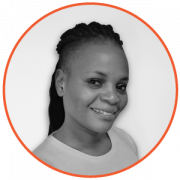 South African passport applicants are now urged to apply for and collect their passports themselves directly at Home Affairs, from the office where the application was submitted, this is done to protect the integrity of documents. During the collection process, passports will be activated by the applicant’s fingerprint which will be compared to a photo. Only parents or legal guardians can apply and collect for minors.

Emergency passports can only be issued at embassies to South Africans stranded abroad, typically the turnaround time for passport applications is anything between 5-12 days. It is advised that applicants make use of the online booking system and the department’s partnerships with the banks to avoid long queues.

The reason for the new changes

In the past months, there have been reports of cases of fraud and corruption involving passports, by high-profile officials.

Additionally, the Minister announced that the department will be withdrawing the transit visa exemption for Bangladesh and Pakistan with immediate effect from the 01 August 2022 and travelers will now have to apply for a transit visa to come to South Africa.

These most recent developments, together with others that have taken place over the course of the last several months, make it quite evident that Home Affairs is adopting a policy of “zero-tolerance” with regard to fraud and corruption inside the Department.