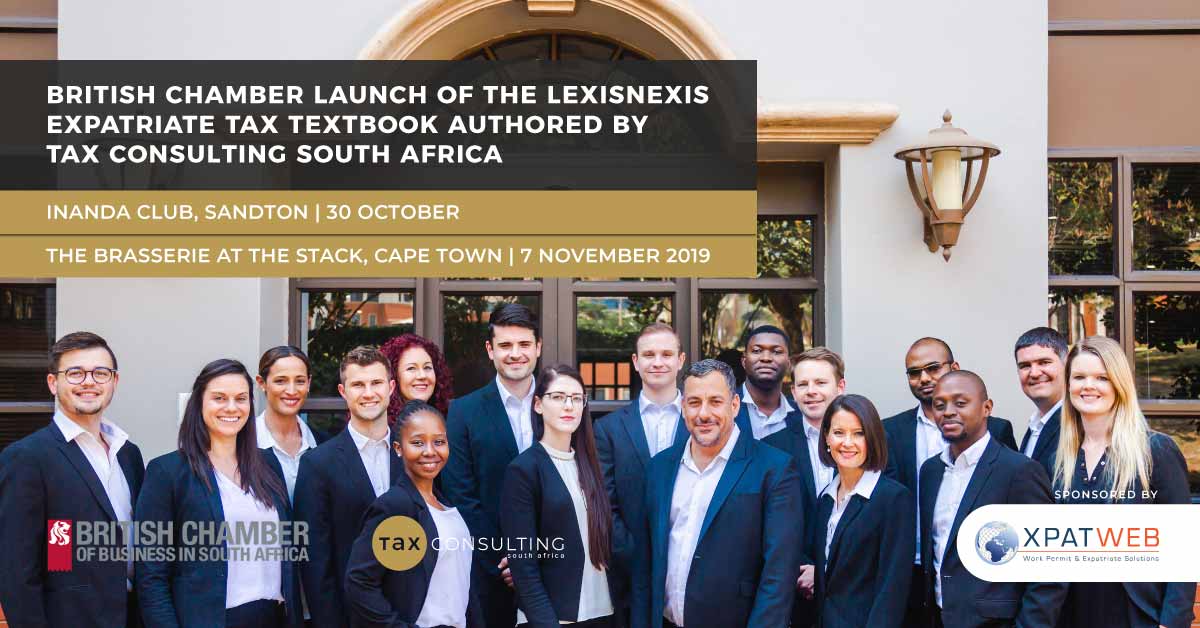 Xpatweb is sponsoring the British Chamber in South Africa’s October/November Business Briefing at the Inanda Club in Sandton on Wednesday, 30 October 2019 and at the Brasserie at the Stack in Cape Town on Thursday, 7 November, 2019. The event will include a presentation from Jerry Botha, Managing Partner of Tax Consulting South Africa, where he will be tackling the expatriate tax law changes as well as its implications on employers and expatriates.

The event will also include the launch of one of South Africa’s most important pieces of literature, the newly released LexisNexis title, Expatriate Tax: South African Citizens Working Abroad and Foreigners in South Africa, which is authored by Tax Consulting South Africa.

The guide was described by Judge DM Davis, perhaps the most esteemed tax expert on the Bench today, as “a carefully considered book which not only deals with all the various tax implications of immigration/emigration but even has space for a useful chapter on work permits.”

Leon Ayo, President of the British Chamber in South Africa, will be the event MC, while Jerry’s presentation will cover:

Tax Consulting is the largest fully independent tax practice in South Africa with over 90 talented professionals, mostly admitted attorneys, chartered accountants, tax specialists and international mobility professionals. The work reflects their approach to taxation matters, which is holistic, technical and, above all, result-driven. They have an appetite for challenging and complex matters, where they seek to deliver the most tax efficient outcome to their clients, whilst being fully compliant.

The practice’s market position is reflective of a ‘modern tax suite’, where they often work for law firms, accountants or providers who require clinical execution. Their professionals deal with all areas of South African taxation including rebutting overly conservative external audit findings, SARS rulings, SARS disputes and litigation, SARS refunds and holding SARS to account for interest on delayed refunds, tax due diligences, Voluntary Disclosure Programme applications, fixing heritage tax matters left in disarray by previous tax advisors, as well as a the normal consulting and compliance services on corporate taxes, executive and employee taxes, high net worth families and businesses, international expansion or foreign groups into South Africa, VAT, customs and excise, as well as tax administrative law.

THE FIRST OF ITS KIND IN SOUTH AFRICA 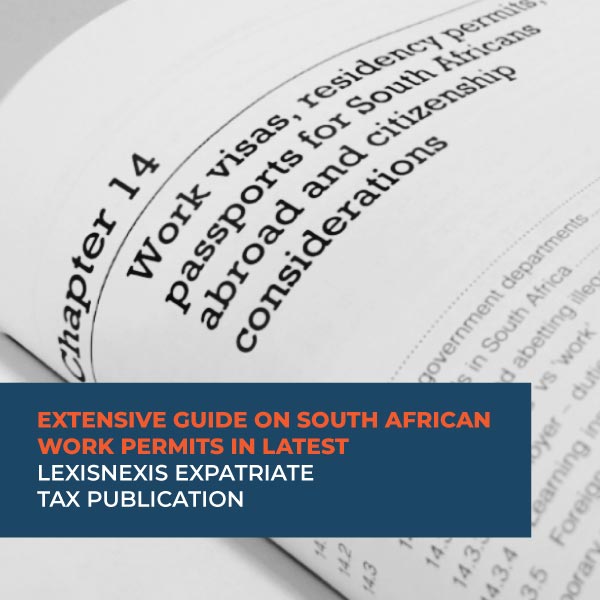 The first of its kind in South Africa, the title addresses the complexities of expatriate taxes from a South African perspective in a manner that speaks to both the tax specialist and the concerned taxpayer. Expatriate Tax provides a comprehensive, technical and practical guide to South African tax and deals with aspects of international mobility, including work visa strategies, citizenship, retirement funding, international remuneration, international share schemes, and exchange control considerations.