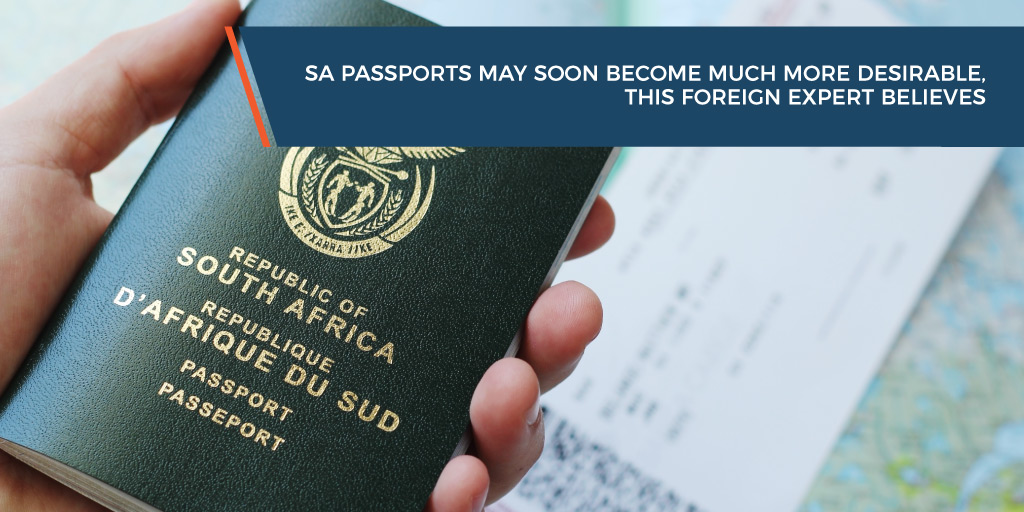 The implementation of widespread reforms at the department of home affairs since 2014 is expected to increase the value of the South African passport in the foreseeable future, said Ryan Cummings, director of Africa risk consultancy Signal Risk.

“Other factors that could strengthen the South African passport over the short-to-medium-term include President Cyril Ramaphosa’s intention to ease visa restrictions for African passport holders so as to induce greater intra-Africa trade,” Cummings said.

South Africa fell to 50th position on the most recent Henley Passport Index, measuring the strength of passports, down 15 places from a high of 35 in 2008.

Both Seychelles and Mauritius surpass South Africa, with passports at position 24 and 28.

Cummings said South Africa’s drop in the ranking was caused by concerns over the unlawful replication of passports, often abetted by corrupt officials within the department of home affairs.”

“These concerns saw visa regulations being enforced by several countries, including the UK and Colombia.”

An improvement at home affairs could see such decisions reversed.

The department is in the middle of a major upgrade of its systems, including going paperless.

South Africans can travel to over 100 countries visa-free, including Russia, Brazil and Ireland.

“It has not improved its global access levels as quickly as other high-performing countries on the index, leading to an overall decline in its passport power,” Smit said.

You don’t need an unabridged birth certificate to travel anymore –...