THE NEW CRITICAL SKILLS LIST – CORPORATE GENERAL MANAGER IS IN!

On February 2nd, 2022, the Minister of Home Affairs released an updated Critical Skills List (CSL) for Critical Skills Work Visas and Permanent Residence Permits in this category.  The Critical Skills list stipulates which occupations and qualifications are deemed to be critical in the Republic of South Africa for either an application for a work visa or permanent residence permit.  The list is comprised of 101 occupations that have been identified as critical for the South African labour market. 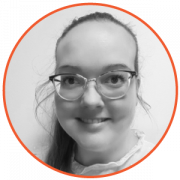 One such occupations on the Critical Skills List is that of Corporate General Manager (CGM). This has been defined on the Critical Skills List as an individual who plans, organizes, directs, controls, and reviews the day-to-day operations and major functions of a commercial, industrial, or other organization (excluding government or local government) through departmental managers and subordinate executives.

This occupation was included on the new critical skills based on the high number of comments requesting inclusion, along with subsequent requests for inclusion by both the Department of Trade, Industry and Competition and the Presidency’s Operation Vulindlela, which provided substantiating evidence that the occupation is indeed in shortage.

The technical report issues by the Department of Home Affairs, read with the new Critical Skills List provides under Annexure 1 different names or specialisations included for the occupations listed on the Critical Skills List. However different titles are not provided for the occupation of Corporate General Manager thus applicants are limited to using the above specified occupation title when submitting their applications.

The new Critical Skills List is highly focused on levels of education that must be met by the applicant to qualify for a Critical Skills Work Visa. Applicants applying under the occupation of Corporate General Manager must submit proof with their application that their qualifications meet the new minimum requirement of NQF level 8, as confirmed and evaluated by SAQA.

The size of the organization is a significant distinction to establish in the case of Corporate General Manager (CGM) and Director. The view laid out in the critical skills technical report is that Critical Skills Work Visas for these occupations could be exploited if the size of the organization is not provided (i.e., individuals who are self-employed, a sole employee and designated as a manger will be able to obtain a CSV). As a result, only those looking for a position in a medium or big company will be considered for a CSV. The size of a business can be evaluated by looking at both the total number of full-time equivalent paid employees and total annual turnover, according to the Department of Small Business Development (2019). As a result, for a person to apply for a Critical Skills Work Visa as a Corporate General Manager the above thresholds must be met.

Although Corporate General Manager is on the new Critical Skills list it has greater limitations that will need to be adhered to such as the applicant’s level of education, the size of the enterprise the applicant will work for and the annual turnover of said enterprise.

We caution applicants and employers in conjunction with your preferred provider, when preparing new applications, to take a careful and considered approach, proactively anticipating challenges during the adjudication process in terms of the new criteria as set out. New applications will be widely open to interpretation, and it is our role when preparing your application, to make it clear to the adjudicator that the applicant indeed qualifies for a visa under the category of Corporate General Manager.

What You Need To Know About The Critical Skills Technical Report