THERE IS A NEW CRITICAL SKILLS LIST. DO I STILL QUALIFY FOR PERMANENT RESIDENCY?

It is common knowledge that South Africa has a high unemployment rate and a shortage of suitably qualified/skilled persons. However, South Africa continues to be the destination which expatriates, multi-nationals and investors see as the land of hope, growth, and new beginnings. 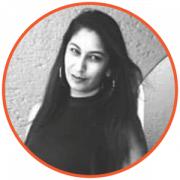 The Department of Home Affairs released the long-awaited revised Critical Skills List in February 2022, in response to the ever-changing climate of the South African economy. A vast number of new occupations were added to the new list, whilst several occupations from the previous list were removed. Although this opened the door for employers and expatriates to bring new skilled resources into South Africa, those who had been waiting for almost two years to submit their Permanent Residency applications, were taken aback when the new Critical Skills List was released only a month after submissions for Permanent Residency applications were resumed.

One of the appealing aspects of obtaining a Critical Skills Work Visa is the ability for expatriates to apply for Permanent Residency immediately after receiving their visas (subject to certain qualifying criteria), allowing South Africa to retain their knowledge, skills, and experience. Many expatriates however had to wait to apply for Permanent Residency, after South Africa declared a national lockdown due to the global COVID-19 pandemic. When submissions for Permanent Residency applications resumed in January 2022, many expatriates saw this as their opportunity to submit their long-awaited applications. However, due to the large number of expatriates waiting to submit their applications, not all were able to secure an appointment to submit in terms of Section 27(b), before the new Critical Skills List was released in February 2022.

What does this mean for holders of Critical Skill Work Visas issued in line with the 2014 list?

With the release of the new Critical Skills List, the South African Government is not disregarding the occupations which have been removed from the list, they are just no longer deemed as “critical/scarce” but are still pivotal to the growth of the South African economy and upskilling of its locals.

Should you hold a valid Critical Skills Work Visa issued in line with the 2014 Critical Skills List, contact us to help you navigate what can be a daunting process of keeping your status legal in the country or conquering the tedious Permanent Residence application process.