What skills has your business been struggling to recruit locally?

You are here: Home / News / News / What skills has your business been struggling to recruit locally? 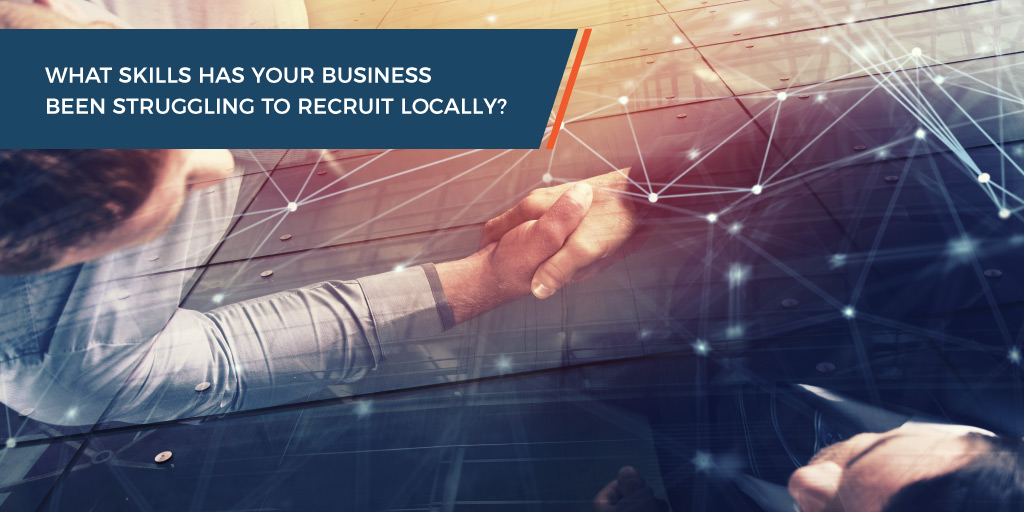 In a recent statement by President Cyril Ramaphosa on economic stimulus and recovery plan for South Africa, he said that government is decisively and rapidly accelerating the implementation of key reforms that will unlock greater investment in important growth sectors.

Following the President’s address, the Minister of Home Affairs, Malusi Gigaba, briefed the media on the amendments to the visa regulations. While some of the changes, such as the visa requirements for highly skilled foreigners being revised, was well-received news, some of the reportedly “new” changes were implemented in South Africa years ago.

“Foreigners studying to pursue a critical skill qualification in South Africa have been able to apply for permanent residency since 2016. Similarly, business people from BRICS countries have been able to obtain business visas that are valid for up to 10 years since 2014. These directives work well, but they are not new,” Marisa Jacobs, director and Head of Immigration and Mobility at Xpatweb, points out.

Arguably the most welcome visa regulation revision to promote foreign investment and encourage migration is the changes that are being planned to the critical skills list. Gigaba announced that the Department is currently engaging with respective Government Departments and business sectors for their input. The new critical skills list is expected to be released in April 2019.

“Businesses have the opportunity to provide input on the critical skills list. As such, HR professionals, recruiters and business owners are encouraged to ensure they take this opportunity to provide input on the skills that they are most struggling to source locally. This will allow organisations to attract foreign workers to South Africa and compete for talent,” says Jacobs.

To aid local businesses and provide a platform for business to collectively give their input to the Department, Xpatweb has launched the 2018 Critical Skills Survey which takes less than five minutes to complete. The results will be submitted to Home Affairs and Parliament concerning the White Paper on International Migration and the Department of Higher Education and Training’s National List of Occupations in High Demand.

“Now is the time for the private sector to make sure the skills they need are on the list and make use of the opportunity shape law,” adds Jacobs.

Some of the skills that Jacobs expects to either stay on the current critical skills list or to be added include highly skilled senior finance executives such as CFOs, C-suite senior executives as well as a variety of skills in the ICT sector. The Corporate General Manager category is expected to be removed and replaced with more defined roles.

“There is a skills shortage in South Africa and we are competing globally for these skills. For the economic stimulus and recovery plan to work, South Africa needs to attract critical skills more easily. Revising the critical skills list, coupled with revised visa requirements for highly skilled foreigners is a vital step to attract knowledgeable and experienced resources to our country,” concludes Jacobs.

“A recent report by Xpatweb revealed that 75% of companies admit they actively seek international talent to fill their skills needed, despite the onerous visa requirements – among the most critical skills cited, are artisans. In an effort to produce specialised skills, the DHET recently announced that South Africa’s 50 technical vocational education and training (TVET) colleges would soon start specialising in teaching certain trades.”