During 2021 the Department of Home Affairs conducted an investigation at South African Embassies and Consulates around in countries abroad and found alarming inconsistencies with regards to the adjudication of applications. 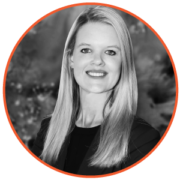 In an attempt to eliminate these inconsistencies, earlier this year the Minister of Home Affairs announced that long term visa applications submitted worldwide would be sent to Head Office in Pretoria to be adjudicated.

This change meant that almost 200 consulates were sending all their long-term visa application to one centralised point to be adjudicated by only a handful of adjudicators. The new process created a bottleneck since its inception and caused unprecedented delays, with applications taking in some cases 7 to 8 months to be finalised.

After facing strong criticism on the changes made to the adjudication process from businesses wanting to invest in the Republic, on 31 August 2022 the Department of Home Affairs prepared a directive, released earlier today that effective immediately withdraws the instruction to South African Missions abroad to send their long-term applications to the centralised hub for adjudication.

This decision should lead to much faster processing times for long-term visa application and lesson the strain on investors. The Department is expected to make further announcements on the transitional logistics with regards to applications that have already been sent to the Department of Home Affairs in South Africa for processing.

REVERSAL OF THE CENTRAL ADJUDICATION PROCESS

Reversal of the central adjudication process was announced on the weekend and the Department of Home Affairs will make further announcements on the transitional logistics with regards to applications that have already been sent to the Head Office for processing.

APPLICATION PRIOR TO THE REVERSAL

We understand that a decision has been made that all applications submitted prior to 31 August 2022 at an Embassy abroad will continue to be adjudicated and processed at the Head Office.

All applications submitted from 1 September 2022 onwards, will be adjudicated at the Embassy of submission.

Where you have any new applications due for submission, please feel free to reach out to us to ensure you are following the new process and have correct guidance for first time correct submission.

Where you have any pending applications submitted prior to 31 August and this has not been placed on our list of urgency, please do let us know.

Where your visa applications are already with us and you are a client we will send you a separate note on your matters and the process going forward.