WITHDRAWAL OF WAIVER FOR CRITICAL SKILLS GRADUATES IN SA

Foreign Nationals who completed their studies in a one of the occupations listed on the Critical Skills List, were in the past, under Ministerial waiver, granted exemption from certain requirements. One of the requirements being post qualification experience, as well as the requirement for a letter confirming they qualify as a Critical Skill, from the Professional Body they registered with. These exemptions have now been withdrawn and all applicants must comply with the full requirements of the Immigration Act. 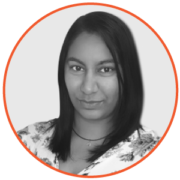 Over the past weeks, the Xpatweb team has released a series of articles which have in detail described the effects of the release of the new Critical Skills List. The articles have detailed what the notable inclusions and exclusions of occupations as well as new rigid requirements to obtaining a Critical Skills Work Visa, are.

A facet of applicants least observed in Immigration, are foreign nationals who have graduated from a South African tertiary institution. For a while, it was a smooth transition for foreign national graduates to move from a South African tertiary institution into the workplace as they qualified for a Critical Skills Work Visa by completing their qualifications in an occupation on the Critical Skills List. So much so that in 2016, the Minister of the Department of Home Affairs issued an Immigration Directive for foreign national graduates in South Africa to be given consideration of Permanent Residence status.

In light of the new Critical Skills List being released, the Department of Home Affairs has withdrawn this Immigration Directive with immediate effect, thus meaning that all prescribed requirements of the visa or Permanent Residence application must be met. This proves the sternness of the Department and creation of exclusivity, to not only obtaining a Critical Skills Work Visa, but also obtaining Permanent Residence in South Africa under the category of section 27(b) as contemplated in the Immigration Act.

Considerations of the Withdrawal

In the defence of the Department of Home Affairs, and in line with the new onset requirements of the new Critical Skills List, the aforementioned Immigration Directive has become redundant and is not compliant with current Immigration policy.

It is logical that in order to assess a foreign national’s eligibility for Permanent Residence, one has to work backwords and assess their suitability of a Critical Skills Work Visa. The lure of a Critical Skills Work Visa is the ability to almost instantaneously apply for Permanent Residence, which is to attract and retain industry professionals to fill the skills and knowledge gaps in the country. A graduate cannot be considered a professional as they would not have the necessary practical working experience to help fill the gaps that the South African government considers critical. They would still require the relevant training and accumulation of skills and knowledge – those that only a suitably qualified professional can transfer to them.

Furthermore, the statutory professional bodies in South Africa who regulate professionals in the relevant industries, without the necessary post-qualification experience, cannot grant a graduate a professional designation, further supporting the Department of Home Affairs vision of intendent recipients of Permanent Residence under the category of scare skills.

Change of career and life trajectory in South Africa

This is undeniably a shock to the system for foreign national graduates who had intended to use the Immigration Directive to their advantage to obtain Permanent Residence in South Africa. They now also may find that their intended occupation is no longer deemed critical or that they now have to comply with all the prescribed requirements for the intension of permanently residing in South Africa. This could potentially derail those wishing to obtain a Critical Skills Work Visa, or any other Work Visa, if the graduate does not have an offer of employment from a South African company. For most foreign national graduates, they have spent the majority of their lives in South Africa (living and formative schooling years) and have envisioned their lives and career growing with them in our country of opportunity.

Xpatweb’s experienced team of Expatriate Solution Specialists can provide assistance in navigating, what can be a tedious process, to help foreign national graduates attain their goal of Permanent Residence in South Africa.

Mauritius Could Be Paradise For Emigrating South Africans. But Will SARS Let...
Scroll to top