The Department of Home Affairs looks at the unintended consequences and mitigating factors relating to the implementation of the Immigration Amendment Act in May 2014. Changes include considering a long-term Multiple Entry Visa for a period exceeding 3 months and up to 3 years for frequent travellers (for business meetings), new VFS centres in Zimbabwe, United Arab Emirates and Botswana, consider a visa-waiver for India, China and Russia and opening two Business Visa Facilitation Centres in Durban and Port Elizabeth.

Click below to read the full statement issued by Cabinet. 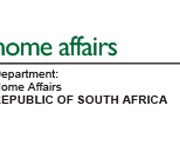 The Department of Home Affairs has welcomed Cabinet’s decision regarding the recommendations of the Inter-Ministerial Committee the President had established in August 2015 to look at the unintended consequences and mitigating factors relating to the implementation of the Immigration Amendment Acts (2007 and 2011) and Immigration Regulations, 2014. The law, as amended, will remain with adjustments to be made in implementation, to make it easier for people to comply.

In terms of the decision, on the requirement for travellers to apply for visas in person, in countries where there is no SA mission, the Department of Home Affairs will receive applications, including by post, and capture biometrics of travellers on arrival at ports of entry. To address concerns around the geographical spread of countries like China, India and Russia, certain measures will be put in place to ease the process of application, in particular for tourists.

END_OF_DOCUMENT_TOKEN_TO_BE_REPLACED

8.5. PERSONAL TRANSFERS BY FOREIGN NATIONALS AND IMMIGRANTS
(A) FOREIGN NATIONALS
(i) On taking up temporary residence in the Republic
(a) foreign nationals (except those who are purely on a temporary
visit) are required, on arrival, to declare in writing to an
Authorised Dealer:
(aa) Whether they are possessed of foreign assets and if so,
give an undertaking to the effect that they will not place
such assets at the disposal of a third party normally
resident in the Republic; and
(bb) that they have not applied for similar facilities through
another Authorised Dealer.
The completed declarations and undertakings must be retained by
Authorised Dealers, after the permanent departure of such individuals,
for a further period of five years for inspection purposes.
(b) On receipt of such completed declarations and undertakings,
Authorised Dealers may:
(aa) Permit such foreign nationals to conduct their banking on
a resident basis;
(bb) permit such foreign nationals to dispose of or otherwise
invest their foreign assets including foreign cash funds
held by them, subsequent accruals, as well as foreign
income, without interference from the Financial
Surveillance Department.
Such foreign nationals may simultaneously be permitted
to conduct non-resident or F.C. Accounts in the books of
an Authorised Dealer; and
(cc) permit such foreign nationals to transfer abroad funds
accumulated during their stay in the Republic provided
that:
(1) The foreign nationals can substantiate the source
from which they have acquired such funds; and
(2) the value of such funds is reasonable in relation to
their income generating activities in the Republic
during the period.
(31/2010)
2 8.5
This provision excludes single transactions up to an
amount of R3 000 per transaction per day within a limit of
R10 000 per applicant per calendar month.
(c) it should be noted that while the personal banking of foreign
nationals temporarily resident in the Republic may be conducted
on a resident basis, any interest held by such individuals in local
entities (i.e. legal persons) will be deemed as non-resident for
the purposes of local financial assistance.
(ii) Export of goods on Form N.E.P.
Authorised Dealers may authorise foreign nationals to export, on Form
N.E.P., any household and personal effects, including motor vehicles,
provided that they are satisfied that the goods to be exported have
been purchased with funds which would have been transferable in
terms of subsection (i)(b) above and/or have been imported into the
Republic, provided that the individual can substantiate the importation
thereof by the production of documentary evidence.
The Form N.E.P. must be completed in duplicate and signed by the
owner of the goods in question prior to attestation by an Authorised
Dealer. Authorised Dealers should retain a copy of the attested Form
N.E.P. for a period of five years for inspection purposes.
(iii) Capital transfers by Foreign Nationals
Authorised Dealers may permit foreign nationals to retransfer abroad
capital which has been introduced into the Republic, provided that they
can substantiate the original introduction of such funds.
(iv) Foreign Crew Members
Foreign crew members of ships calling at South African ports may be
permitted to remit savings from their earnings, but in no circumstances
should foreign exchange be made available against local payment in
Rand.
(v) Foreign Visitors
Any requests by foreign visitors to be accorded foreign exchange must
be dealt with in terms of the provisions of Section 8.4(C)(i)(g).
Authorised Dealers should also take note of the provisions of Section
8.16(8) regarding the issue of credit and/or debit cards to nonresidents.
(B) IMMIGRANTS
(i) Current and arrear premiums on insurance policies, as well as pension
and medical aid fund contributions
(27/2015)
3 B.5
(a) Applications by immigrants for the provision of foreign exchange
to cover current and arrear premiums due on foreign currency
life insurance policies or contributions to pension and medical
aid funds may be approved by Authorised Dealers, provided
that:
(aa) The applicants have completed the necessary declaration
and undertaking as outlined in subsection B.2(F)(ii);
(bb) they are satisfied, from the production of documentary
evidence, that the commitment was entered into before
the applicants took up residence in the Republic; and
(cc) they are satisfied, from the production of documentary
evidence, that the amounts to be remitted are due by the
applicants.
(ii) Loan repayments and tax commitments
(a) Authorised Dealers may permit immigrants, against the
production of documentary evidence confirming the amount
involved, to repay loans received in their previous country of
domicile for the specific purpose of financing their movement to
the Republic, provided that they are not in possession of any
foreign currency which could be used for the purpose in
question.
(b) Similarly, immigrants may be permitted to settle tax
commitments from the Republic against the production of
documentary evidence confirming the amount involved.
—oOo—
(22/2015)

A new survey of 21,950 expatriates from around the world has crowned Singapore as the best place to be an expat. The Expat Explorer country league table, commissioned by HSBC and now in its eighth year, uses a variety of criteria including economics, experience and family life. Singapore received a 67% approval from expats living there, who reported being encouraged by the nation’s strong economy and the opportunities available to them for career progression.

In the individual pillars, Switzerland ranked first for best economy, New Zealand for experience (overall quality of life) while Sweden was ranked highest for family life.

Living abroad has benefits beyond career advancement. Over half of expat spouses said that they felt the experience had brought them closer together. Confusion and difficulty over managing finances in a foreign country was cited as the most challenging aspect of living abroad.

The report notes that while the allure of finding better jobs and experiences in other countries is a key factor in moving abroad, even in the top 10 nations, everyone’s experience is different. Potential emigrants should be sure they know that “the grass isn’t greener, just a different colour of green”.