On 29 May 2019, President Cyril Ramaphosa appointed Dr Aaron Motsoaledi as the new Minister of the Department of Home Affairs following the announcement of the new cabinet.

His responsibilities as the Minister will include oversight over Immigration & Civic Affairs.

Outline of Minister Dr Motsoaledi’s Career and Other Activities:

Minister Dr Motsoaledi gained his political awareness after witnessing the arrest of a neighbour for not carrying a “dompas” and was later heavily influenced by the 1976 Soweto uprising. 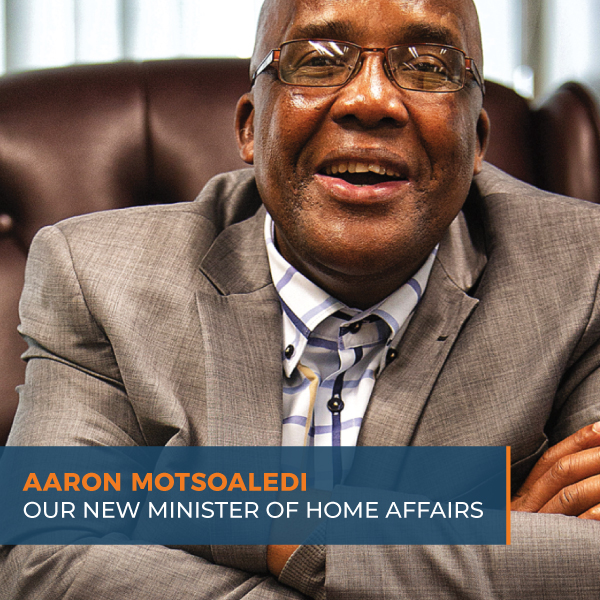